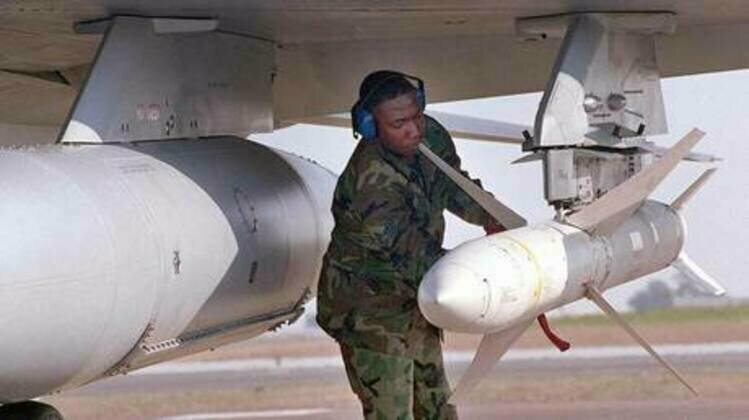 The incident involving an anti-radar projectile happened in late September in Kramatorsk, according to the paper

An American-made anti-radar missile, which had been supplied to Kiev by the US, hit a residential building in Ukraine in September, injuring three people, the New York Times has reported.

The strike with an AGM-88B High Speed Anti-Radiation Missile (HARM) occurred in the Ukrainian-controlled city of Kramatorsk in the east of the country on September 26, the paper wrote on Thursday.

The missile, which had reportedly been fired by a Ukrainian jet, was likely off-target and may have malfunctioned as it hit the top floor of a five-story residential building. It struck an abandoned apartment, but three people living in a nearby flat ended up being injured, according to the outlet.

The NYT said its reporters were able to physically inspect a piece of shrapnel at the scene and found that it contained an assembly number linking the debris to an electronic circuit card assembly only used in an AGM-88B missile. Other pieces of the exploded munition seen by the journalists were also consistent with older US-made missiles, it added.

The intended target of the HARM missile is unknown, but it may have hit the home in Kramatorsk after failing to find a Russian radar and running out of fuel, the paper suggested.

A spokeswoman for the Ukrainian Defense Ministry declined to comment when the outlet approached her about the incident.

An unnamed American officer told the NYT that the missile in question had "certainly" come from old surplus stocks, as the US military currently has newer HARM models in service.

The New York Times pointed out that the missile strike in Kramatorsk provided "a window into where the billions of dollars of United States military aid sent to Ukraine can sometimes land."

It's unclear when the US, which has been Ukraine's prime backer amid the conflict with Russia, began supplying HARM missiles to Kiev. Officials in Washington first confirmed that the Ukrainian forces had been using this type of munition in August.

Moscow has long criticized Western countries for delivering weapons to Vladimir Zelensky's government, arguing that it is only prolonging the fighting and increasing the risk of a direct conflict between Russia and NATO.