Kentucky set to visit Gonzaga in November, host Zags in 2023 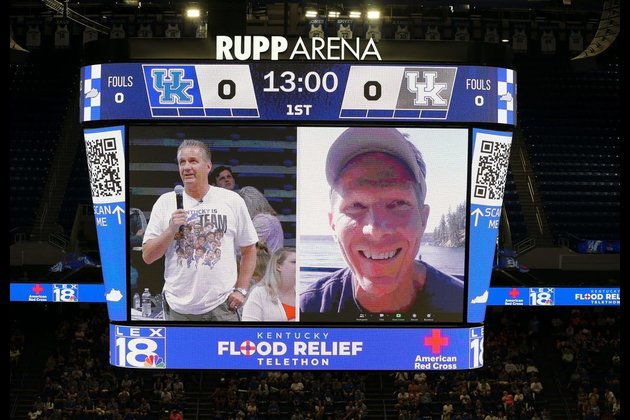 John Calipari and the Kentucky Wildcats are ticketed for Spokane on Nov. 20 for a matchup with Gonzaga in the first of a two-year agreement that brings the Bulldogs to Rupp Arena in 2023.

Kentucky men's basketball has raised money for flood victims in the state, and Gonzaga head coach Mark Few took a staged call from Calipari during the program to announce the home-and-home series. Few also donated a pair of courtside seats to be auctioned and benefit flood victims.

"This guy gets on me all the time. Everything's got to be on his terms. I thought we were Kentucky," Calipari said in the FaceTime interview with Few during team's telethon fundraising efforts for flood victims.

Calipari said the Wildcats, who have games in London and New York -- as part of the annual Champions Classic with Duke, Kansas and Michigan State -- to start the season, would add the trek to Washington.

"But, let me ask you this," Calipari said. "'Will you come back here the next year?"

"Let's do it," Few said. "Keep doing all that great work. Have fun out there."