'Got most of my hearing back', Chris Rock jokes about Will Smith's Oscars slap 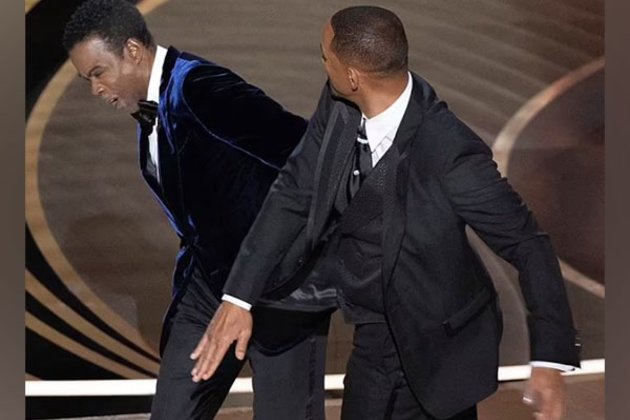 Washington [US], May 14 (ANI): Chris Rock has recovered from the infamous Oscar slap incident and now jokes publicly about the controversy.

During a standup set at the Royal Albert Hall in London on Thursday, the 57-year-old comedian briefly joked about the protracted impact of Smith's strike at the 94th Academy Awards 2022 on March 27.

Rock, during his new live comedy show, "Ego Death", said that words don't hurt as much as being hit in the face.

"I'm okay if anybody was wondering," Rock said, according to People magazine. "Got most of my hearing back.""Don't expect me to talk about the bulls," he also said. "I'll talk about it at some point ... on Netflix.""Your tickets were expensive, but not that expensive," Rock reportedly joked.

Rock continued, "Anyone who says 'words hurt' -- has never been punched in the face."The comedian previously explained that he would not discuss the slap until he saw a check with his name on it.

"I'm OK. I have a whole show, and I'm not talking about that until I get paid," he told the audience last month during a comedy performance at Fantasy Springs Resort Casino in Indio, California. But just a week before his casino gig, the creator of "Everybody Hates Chris" told fans during a surprise visit to a comedy cellar in New York City, "Lower your expectations. I'm not going to address that s - - t."According to People magazine, during the Oscars, Smith, 53, walked onstage and struck Rock in reaction to a joke the comedian made about his wife Jada Pinkett Smith's shaved head.

Since the incident, Smith who went on to win Best Actor, for his overall performance in King Richard has publicly apologized to Rock.

Will Smith has recently resigned from the Academy, which has additionally banned the actor from attending its events for 10 years. (ANI)