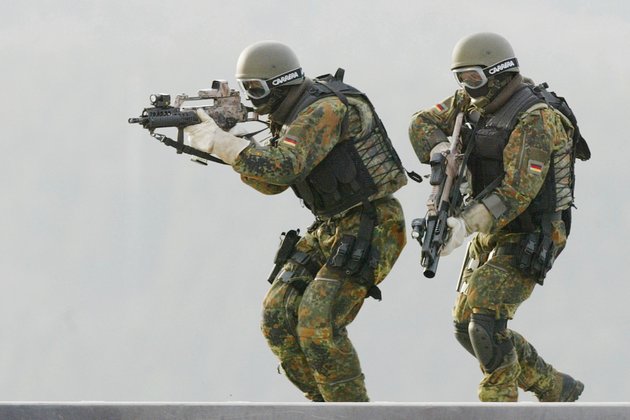 Germany's defense ministry officially disbanded a company of its Special Forces Command (KSK) on Saturday, following reports that it had been exposed to far-right and neo-Nazi ideology.

The move showed how deeply rooted right-wing extremism could be within the German army, some experts said.

"The announcement basically acknowledges for the first time that it is not just individual cases in which soldiers show up as right-wing extremists, but that there are right-wing extremist networks in the German Federal Armed Forces," said Fabian Virchow, a professor at the University of Applied Sciences Düsseldorf and director of the Research Unit on Right Wing Extremism.

"It shows that this danger has been systematically underestimated in the past by political and military leaders," Virchow told VOA.

German Defense Minister Annegret Kramp-Karrenbauer made the initial announcement of disbanding the KSK's 2nd Company July 1 after an investigation into allegations of right-wing activity.

Kramp-Karrenbauer said then that the investigation had revealed the KSK was building a "wall of secrecy" around itself with a "toxic leadership culture."

The defense ministry told VOA in a statement that it was doing its best to prevent far-right extremists from penetrating the German armed forces, or Bundeswehr, and to remove them once they have been identified.

"Extremism of any kind, whether right wing, left wing or Islamist, has no place in the Bundeswehr, with its more than 250,000 soldiers, civil servants and civilian workers," a defense ministry spokesman told VOA.

During the July 1 announcement, Kramp-Karrenbauer said that the analysis of the KSK far-right incidents concluded that the unit must be changed from "the inside out" and that it must be better reintegrated into the Bundeswehr.

"We will give the KSK time to press the reset button," she added, giving the unit an October deadline to make reforms or be dismantled.

Her call for reform came a few weeks after a whistleblower within the KSK addressed a 12-page letter to her. The whistleblower alleged that right-wing extremism within the unit was known internally and "collectively ignored or even tolerated."

In January, the MAD counterintelligence unit reportedly said about 500 soldiers in the military were under investigation on suspicion of right-wing extremism.

In March, MAD said the number of suspected cases of extremism within the army had risen significantly in 2019, in its first report on the issue.

The KSK was established in 1996 to focus on special operations, including counterterrorism, hostage rescue and intelligence gathering. It currently numbers around 1,100.

Its well-equipped members have reportedly served in numerous operations in Europe and elsewhere, including Afghanistan, Mali, Bosnia and Herzegovina, and Kosovo.

The KSK is known to be the most secret, elite unit of the German army, with its operations very rarely revealed to the public.

According to Virchow of the University of Applied Sciences Düsseldorf, the secrecy makes it hard to know if it is worth having such a unit, adding that "it is unlikely that the KSK will be disbanded as a whole."

Before the KSK, there were several special units within German law enforcement, including a special police unit called GSG 9, and the military, including the navy's Kampfschwimmer. However, the forces' operations remained limited, with no major international operations. KSK, on the other hand, has been involved in overseas operations as well.

Some experts charge that the KSK's previous involvement in key international operations means the unit will likely continue to operate in the future, regardless of threats regarding its disbandment.

"If Germany ... will continue to take part in the U.N. or NATO missions that involve actual fighting, you need a special forces unit," Hans-Jakob Schindler, senior director of the Counter Extremism Project in Berlin, told VOA.

"Disbanding the whole KSK would mean that Germany's ability to partake in international missions is severely hampered, because you just cannot be in Mali without the KSK," Schindler added.

In addition to measures to reform the KSK, German officials in recent months have also debated whether to bring back compulsory military service as a way to combat right-wing extremism in the German army ranks.

One of the idea's supporters, Eva Högl, the German parliament's Bundeswehr overseer, argues that conscription could make it much harder for far-right extremists to establish a base of influence in the army.

"It would do the army good if a large part of society does its service for a while," Högl told newspapers of the Funke Media Group last month.

However, German Chancellor Angela Merkel and Kramp-Karrenbauer are not in favor of reintroducing conscription to the army.

Germany suspended conscription in 2011, but it still has volunteer service alongside its professional army members.

Kramp-Karrenbauer last Thursday announced that the German army would launch a new volunteer scheme for the army with the motto of "Your year for Germany" in April 2021. The program reportedly will focus on homeland protection.