Gecsotor System: a breakthrough brought to life by western and eastern developers 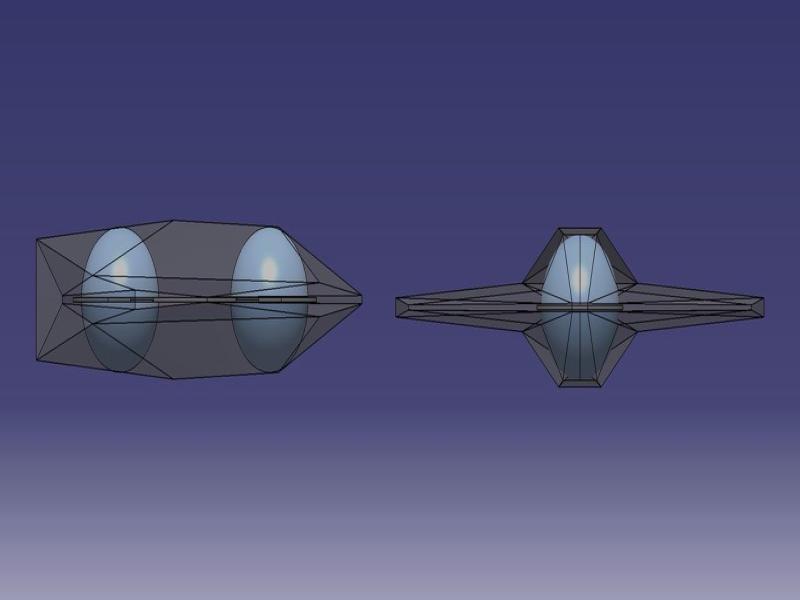 If you want to ensure the crew s safety and keep the vehicle firm in position a reliable attitude control system is absolutely necessary. Until recently, the task of developing such a system has remained unbeaten. Luckily enough, the brightest techies from Russia and Germany beg to differ. Their latest invention is called Gecsotor. It s a system, designed for keeping aerial, ground and sea transport stable and well balanced under any external conditions and during even the most abrupt maneuvers. The Gecsotor System is a registered invention, it was successfully tested and is ready for mass production.

Basically, every modern vehicle should live up to the latest standards of safety, and that s exactly where the Gecsotor System comes into play. The system is aimed to help with turning and attitude control in the air, on the ground and offshore. On top of that, Gecsotor can be put to good use in many fields that involve dealing with objects of high mass, such as heavy equipment industry or energetics. The Gecsotor System nullifies a high moment of inertia and allows to easily and reliably handle objects of any weight and geometrical structure.

As you can imagine, the brand new system is expected to prove useful in spacecraft, high-tech piloted and unpiloted flying machines, ground, sea, and even underwater transport. Violent storms, gusts of wind, unexpected collisions and poor visibility are not a threat anymore the Gecsotor System will keep the vehicle in firm position regardless of current conditions. Moreover, to properly work, it doesn t need to interact with environment in any way.

The main selling point of the invention is that the Gecsotor system is intended not only for state-of-the-art vehicles. It can also be easily combined with already existing control mechanisms to enhance their performance. In other words, the system can find use not only in technology-based fields of activity, such as cosmonautics or military, but also in everyday human life.

Imagine cars that will never roll-over in car accidents. Or sea-crafts that are able to maintain a stable upright position even under the most weather conditions. This will not only lead to a significant reduction in the number of casualties, but also to a reduction in the number of such accidents. In addition to that, the Gecsotor System can be used to firm a position of aerials, turbine towers and other high civilian constructions that are exposed to strong winds. Long story short, the Gecsotor holds not only industrial, commercial or scientific value, but should also prove useful in normal day-to-day life.

The future is now

According to our vision, the primary field of application of the Gecsotor power system is aircraft. Even today turbulence and poor visibility remain significant risk factors during air flights, and Gecsotor helps to eliminate them. The system can be used both in manned and unmanned aircraft, UAVs, civilian and military planes of any size and shape. With our system, the passenger jet will never fail to land in windy or icy conditions, and the pilot of a military aircraft will never find himself disoriented.

The system has its use on the ground as well. Gecsotor is your reliable companion in the harshest road conditions and during the most extreme maneuvers, such as U-turns. On top of that, the system equally spreads the load between axles, which is crucial for heavy-duty vehicles, such as buses and trucks. Finally, with our system you can feel safe on the board of the small private yachts and passenger liners. They will never turn-over and always keep a steady course even in the most challenging conditions.

The Gecsotor Power System is a long-sought improvement of transport reliability and an invaluable upgrade of the modern control systems. The system can find wide acceptance in the air, on the ground and on the water, let alone various manufacturing sectors. That s why we believe that the Gecsotor system has every prospect of success.

14 ft. crocodile captured by man in Indonesia, returned to nature

SULAWESI, Indonesia: Using just a rope, an Indonesian man, supported by fellow villagers on the island of Sulawesi, captured a ...

WATFORD, UK: Watford F.C. has cancelled a friendly match against the Qatar national team due to the Gulf country's human ...

French urged to conserve energy use to prepare for winter

PARIS, France: Amidst shortages and soaring prices caused by Russia's invasion of Ukraine and subsequent supply cuts, the heads of ...

At this week's G7 meeting, imports of Russian gold to be banned

WASHINGTON D.C.: In the latest in a series of sanctions aimed at further isolating Russia economically over its invasion of ...

MAGWAY, Myanmar - At least eight resistance fighters were killed on Wednesday when junta troops intercepted a truck they were ...

The Ballad of Buster Scruggs