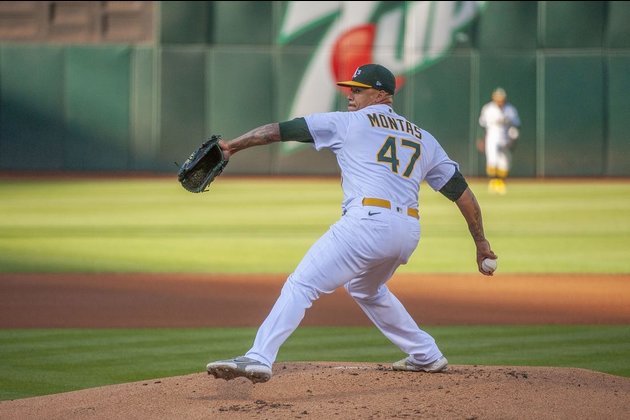 Montas and reliever Lou Trivino came over from the Oakland Athletics in exchange for four minor leaguers. The Yankees also traded left-handed starter Jordan Montgomery to the St. Louis Cardinals and on Monday moved right-hander Luis Severino to the 60-day injured list.

He pitched only nine total innings over three starts in July and allowed seven hits with three walks in five innings in his last start July 26 against the Houston Astros.

"I think we're comfortable with where he's at shoulder-wise,'' Boone said. "His level of talent, especially with how he's pitched the last couple years, we're just excited to get him in the mix. He's got the full arsenal and stuff you look for in a top of the rotation guy. He's gone out and proved the last couple years he is that kind of caliber pitcher."