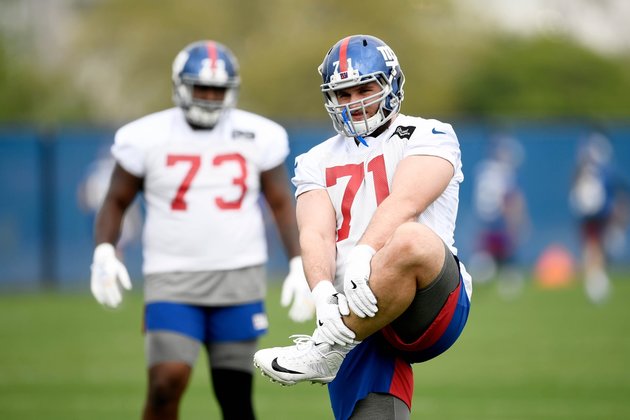 He was the No. 4 overall pick in the 2019 CFL Draft out of the University of Windsor in Ontario.

The 6-foot-2, 313-pounder attended rookie minicamps with the New York Giants and Pittsburgh Steelers in 2019.